Saigon’s famous backpacker enclave around Bui Vien Street in District 1 will be reserved exclusively for pedestrians from 7 p.m. until 2 a.m. on Saturdays and Sundays from July 15.

Stages for live music performances are being put up along the street, the city government announced on Thursday, saying that it will install cameras and deploy security guards to monitor the area.

During this time, vendors will be allowed to display their merchandise on the sidewalks, but not on the road.

Free wifi and public toilets will also be available.

Tran Vinh Tuyen, the city’s vice chairman, said authorities would do their best to make the pedestrian street attractive to both local and foreigner visitors. 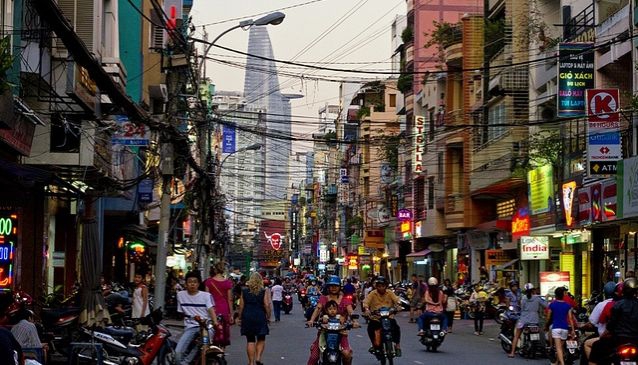 The tourist area in District 1’s Pham Ngu Lao Ward is a major attraction recommended by many travel sites.

A government report said the enclave and its wide range of services pull in around 500 tourists every day, and 2,000 on its best days, earning more than VND37 billion ($1.62 million) a year.

Ho Chi Minh City is one of the most popular destinations in Vietnam. It received 2.43 million foreign arrivals in the first half of this year, a 12 percent increase from the same period last year, official data shows.